“Slower” pizzicatos are both the most basic and the most important pizzicatos, and perhaps even the most common. Slower pizzicatos usually have a harmonic function, and are used most commonly in the lower-register (where the resonance continues for longer after the release of the string). Apart from a few notable exceptions, slow pizzicatos are most often found in accompaniment roles. Here below is one of those exceptions:

When we play the cello as a solo (melody) instrument, it is normally the piano or the orchestra (especially the double-basses) who occupy that accompaniment role, so most standard cello “solo” (protagonistic) repertoire seldom uses these slow pizzicatos. Learning how to do a good slow pizzicato is principally about learning how to accompany.

A good accompaniment pizzicato reveals a fundamental musical sensitivity – not of the soloistic, singing, melodic kind but rather of the structural, supporting kind. Pizzicato is like punctuation. A really beautiful fullstop, comma etc adds so much to the meaning and power of the phrase. But for some players, an accompaniment pizzicato of this kind is just too simple. Someone else has the melody, so they get bored. Beware! The way we do our slow pizzicatos shows a lot about ourselves, especially about our level of  awareness, sensitivity, generosity, intelligence, musicality and egoism!!

Some people play even their slow pizzicatos with the precision and crisp attack of a gunshot. For most music this is unfortunate and unmusical (except for when explosive “Bartok” pizzicatos are required). A slow pizzicato provides a beautiful example of a very important fundamental concept: that a seemingly simple (and small) movement of a finger against a string can be given so much more musical (emotional) value when it is both anticipated and followed through by a larger movement of the arm, elbow and shoulder. In other words, it is so much more musical, natural and relaxed if we can start the sound with the larger muscles of the body already in motion. The same basic concept applies equally well to the bowstroke. For both pizzicato and bowed notes, the musicality, as well as the control of the timing of the start of the note, is seriously improved if we use this Anticipation Principle (see also Bow Starts). We can achieve this for pizzicato by doing the following preparatory movements before we actually release the string:

Even the head and back can be involved in the preparation and follow-through. If it is only the finger that moves, the musical effect is almost zero and the visual effect is actually negative: our pizzicato looks so dead that it takes meaning away from the music!! In fact, a slow pizzicato, in which we have all the time in the world to prepare and follow through, is in many ways like a slow motion golf stroke. The choreography of the preparation and follow-through are what makes the difference between the two possible extremes of either magic or disaster (and everything in between) at the moment of hitting the ball. We can see the same principle at work with pianists. What a difference between a pianist who activates their whole body for one note, thus making it both beautiful and important, or, at the other extreme, a pianist who just pokes at the key with his finger as though it was a simple on/off push-button on an ugly machine!!

Sliding the plucking finger along the string just before we need to sound our pizz .makes our timing of the actual pluck much more organic, natural, flowing and rhythmically secure. The fact that our arm is already in movement takes away a lot of potential anticipatory tension and makes it easier to place our pluck at exactly the right moment. It also looks and feels beautiful!

MEAT OR BONE: WARM OR PERCUSSIVE?

To make a warm, vibrant sound, it helps to use as much “meat” as possible in the plucking finger. That means, don’t pluck the string with the very end of the finger. We need to use the soft, meaty part – the pulp.  The thumb is actually the softest, fattest, “meatiest” finger and usually gives the warmest sound of any of our fingers.

The string has more room to vibrate laterally than vertically so to avoid the string hitting the fingerboard after we release it, it is usually better to pluck (pull and then release) the string in a horizontal direction (relative to the fingerboard) rather than a vertical one. 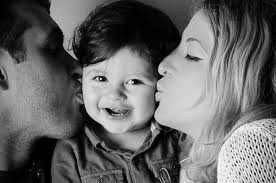 larger and smoother. What’s more, because the release of the string is more progressive, the timing of this moment can be chosen with more fluidity and flexibility.

A PIZZICATO = A KISS

Almost always, a complicated scientific analysis of a situation or problem can be summed up much more simply (and avoided altogether) by an intuitive concept taken from daily life. I can think of no better or more concise description of what a beautiful pizzicato slow should be, than this instruction, shouted at us one day by a conductor for a beautiful slow pizz: “like a kiss” !!!! ( not like a slap, gunshot or whip).

Most commonly a pizzicato will be left to ring on. To achieve this resonance we will need to keep the finger stopping the note firmly. This finger pressure is the equivalent of the piano’s pedal, and the moment we release it, the pizzicato will be immediately dampened. So when we need a short “staccato” pizzicato, we will need to release the stopping finger in order to stop the note resonating. A more radical sudden stop can be created by actually touching the vibrating string with our right hand to stop it vibrating. Both techniques are possible but the finger pressure release one is less spectacular (in fact it is completely invisible).